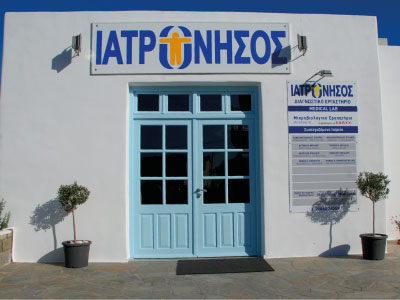 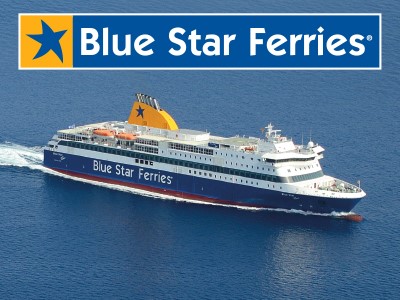 Daily departures all year round. Check out our offers and book your tickets now! 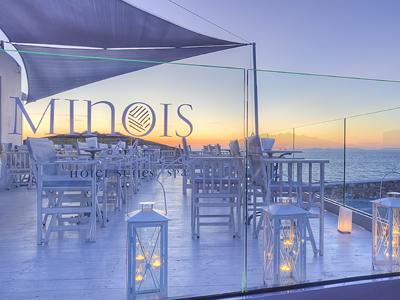 Traditional architecture of Cyclades and Paros 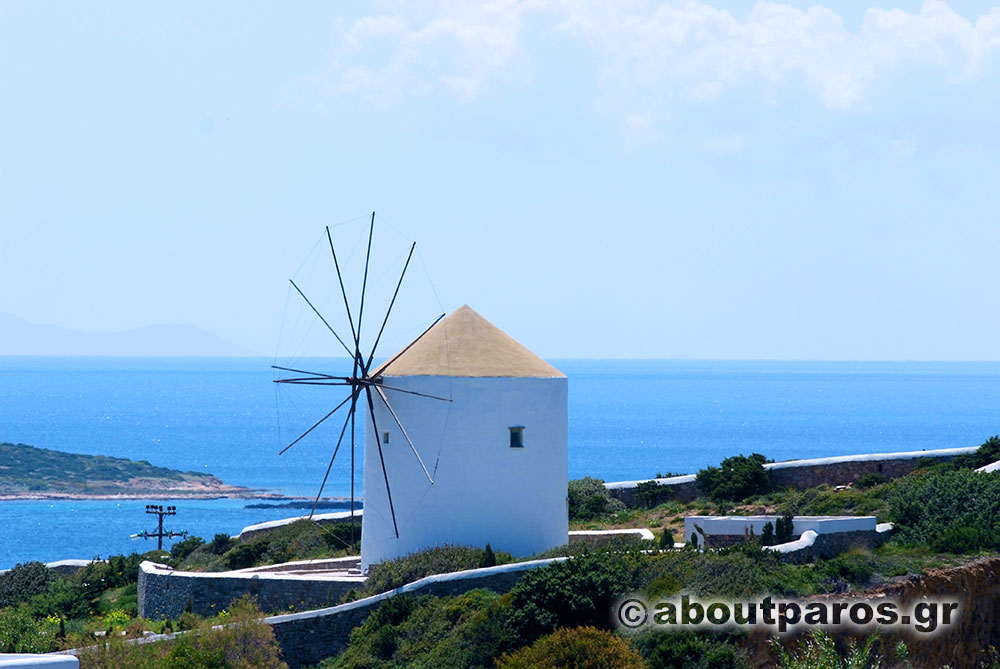 The architecture in Paros is characterized by the traditional classic elements of the Cycladic architecture. The austere landscape, the weather conditions (mainly the winds) and the need for protection from the invaders-conquerors in the old times were the elements that affected decisively the architecture of the Parian houses. 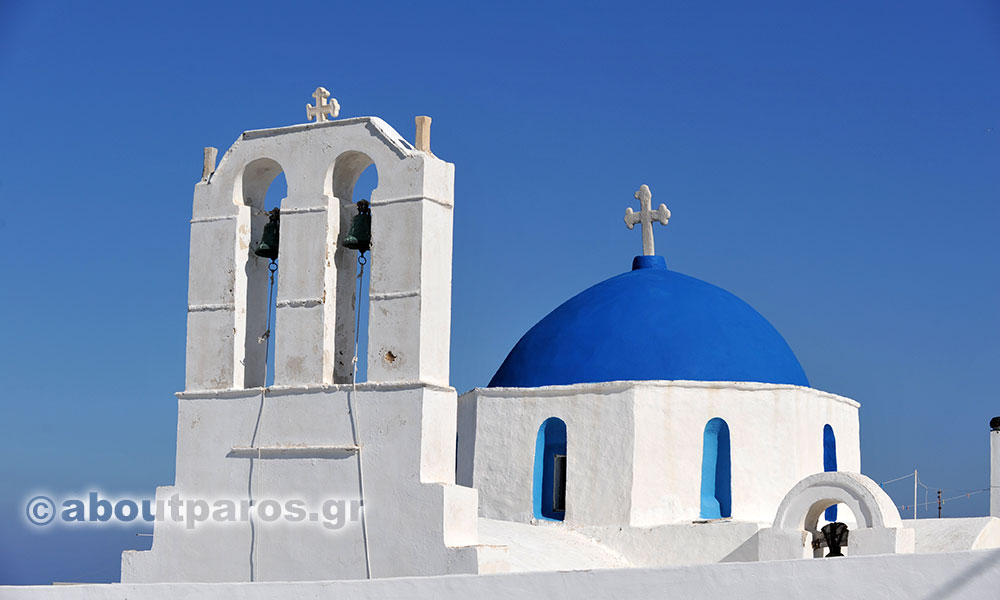 Parts of monuments of the ancient times (Archaic, Venetian, Byzantine period) have been integrated into the stone constructions of the traditional settlements of Parikia, the capital of Paros, of Naoussa and of Marpissa. The popular craftsmen of Paros with respect to the environment came up with solutions, with artistry and wisdom, to make every day's life easier, creating at the same time constructions of exceptional aesthetic result, which seem to be an extension of the Parian nature.

Austere, small cubical houses with small windows and doors, built close to each other, one-storeyed or two-storeyed to cover more needs, with small balconies. A typical element that we find all around Paros is the "volto" (arch) that joins together two spaces widthwise.

Other elements of the traditional architecture are the way of accumulating rainwater and the various types of chimney finishing. The materials used traditionally were: stone from the Parian quarries for stonework and wood, seaweed, reed and earth for the roofs.

The need for protection during the period when pirates were all over the Aegean Sea, led the Parians to choose colors to paint the exterior of their houses that made them invisible to the invaders. However, after the end of the period when piracy flourished at the Aegean Sea, they started painting their houses white. Everything everywhere is whitewashed. Whitewashing was such a frequent habit that it was sometimes part of the feasts’ preparation, a custom that still exists nowadays.

The yards are small and whitewashed, usually internal and full of flowers. The labyrinthine paved alleys with the whitewashed joints are typical elements of the villages of Paros, as well as the small "openings" here and there that are used as squares. There are also countless churches everywhere inside and outside the villages. 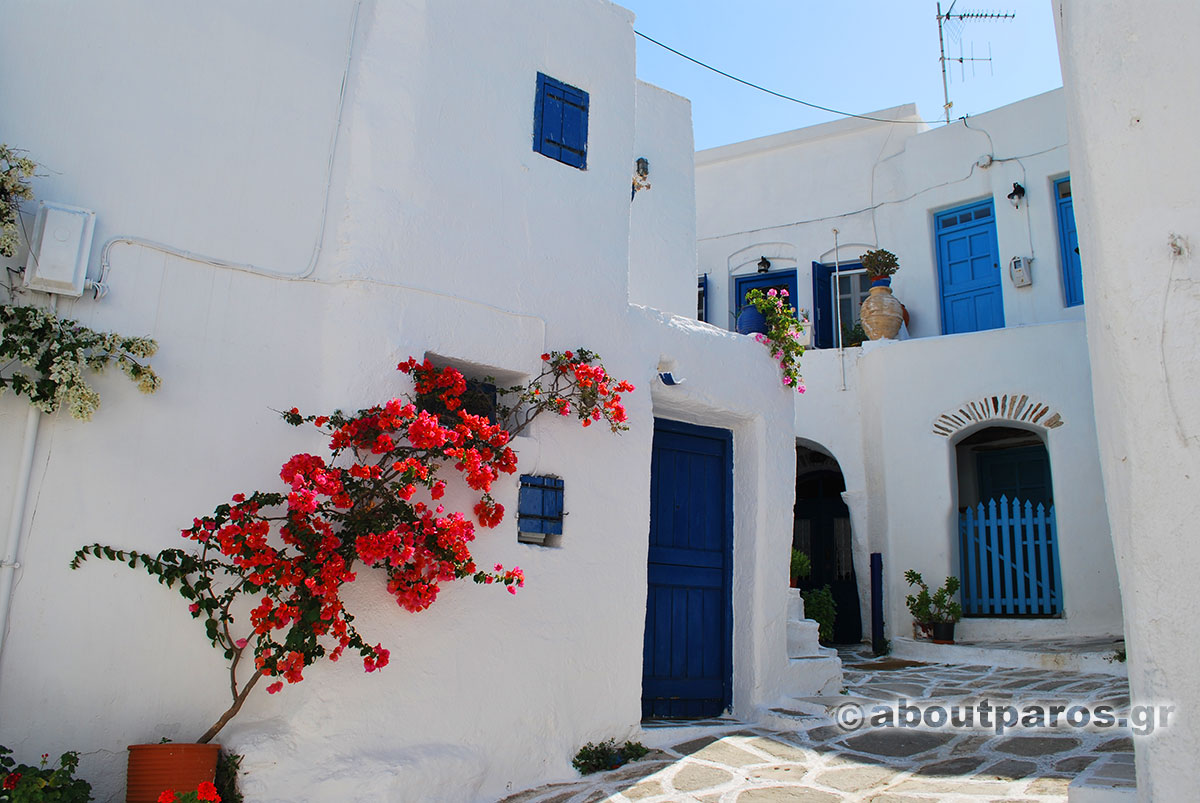 The interior of a traditional house in Paros is quite peculiar. There are cabinets built into the walls and built-in sofas compatible with the house’s architecture.

The white mills, indications from the laborious past of the Parians, are another element of the Parian landscape and are combined harmoniously with the whitewashed joints of the paved streets, the white houses and the churches with their blue domes. An image of plain beauty, luminous under the Aegean sun and by the big blue of the sea. 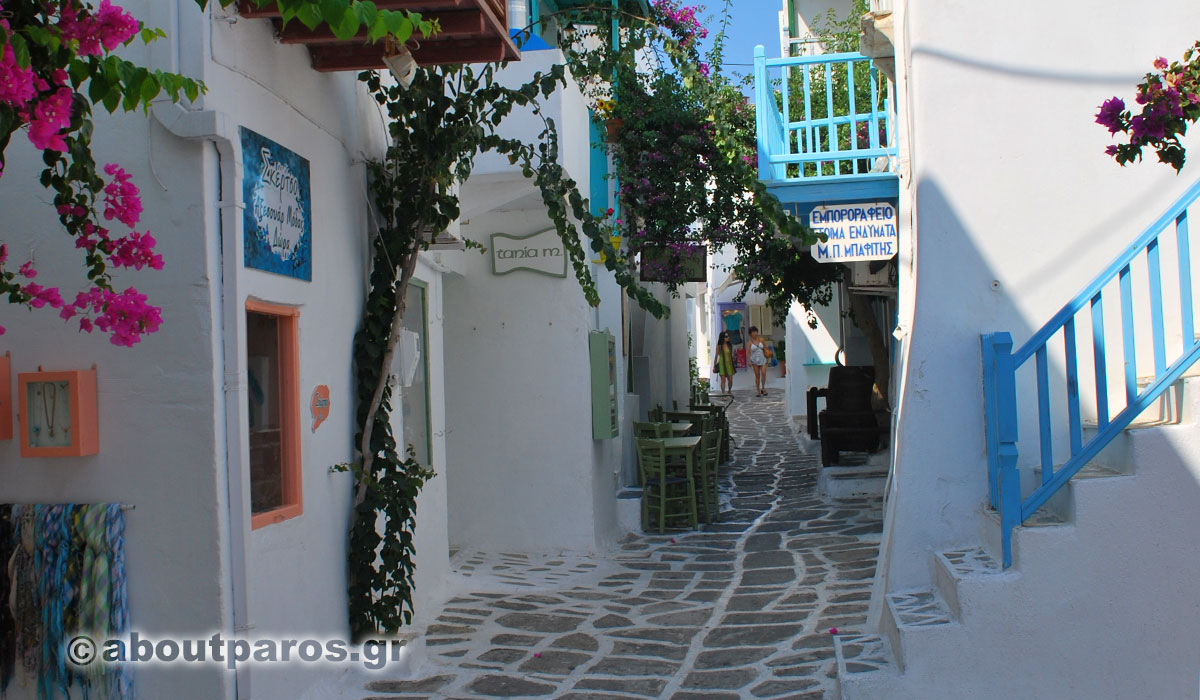 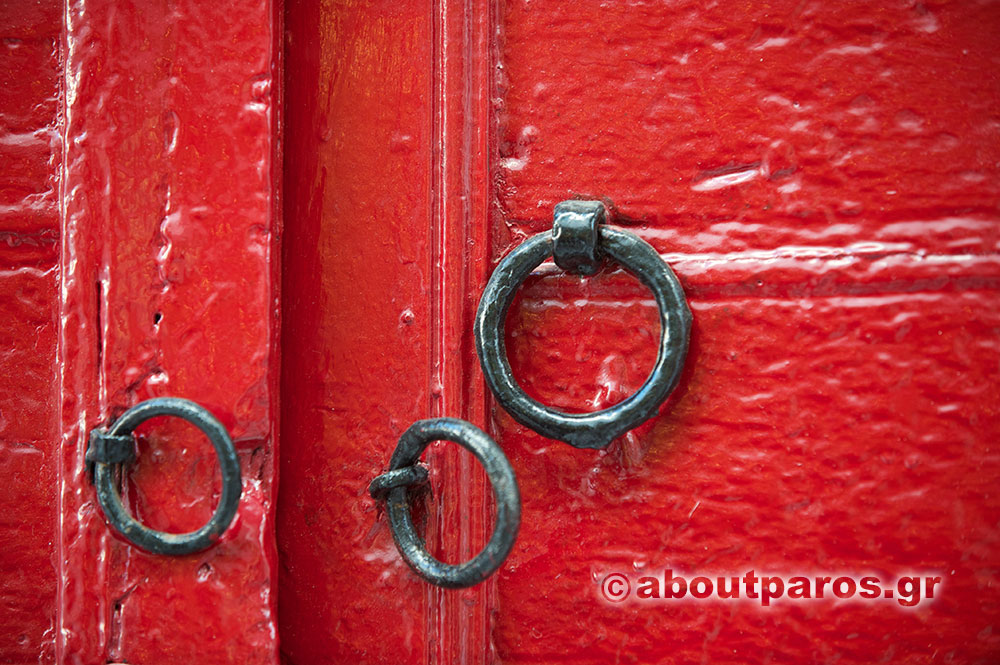 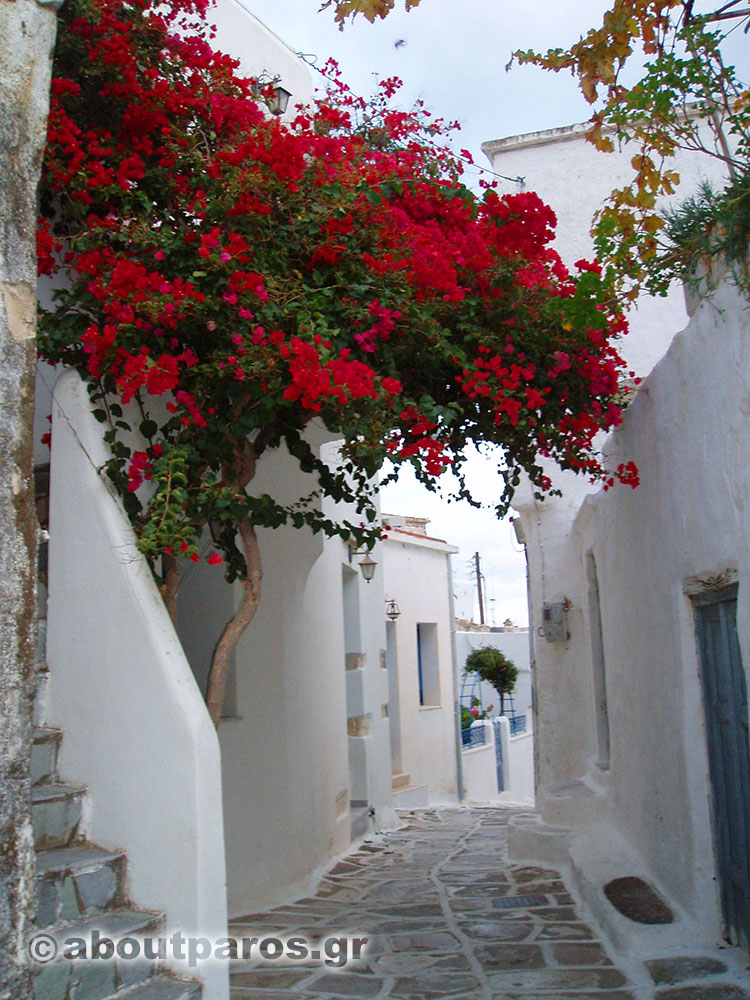 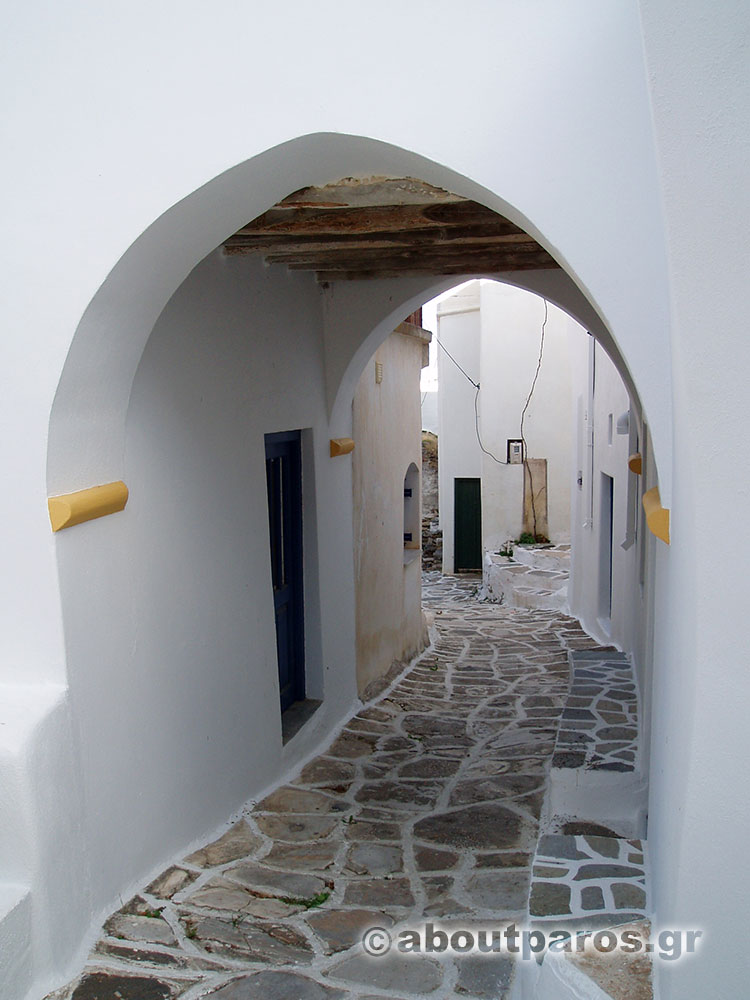 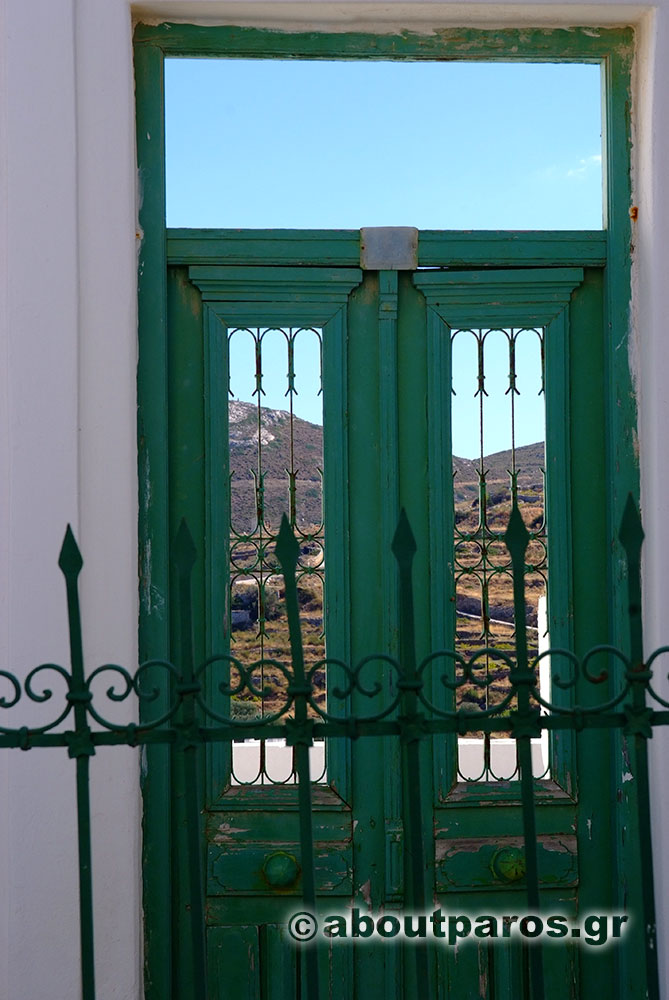 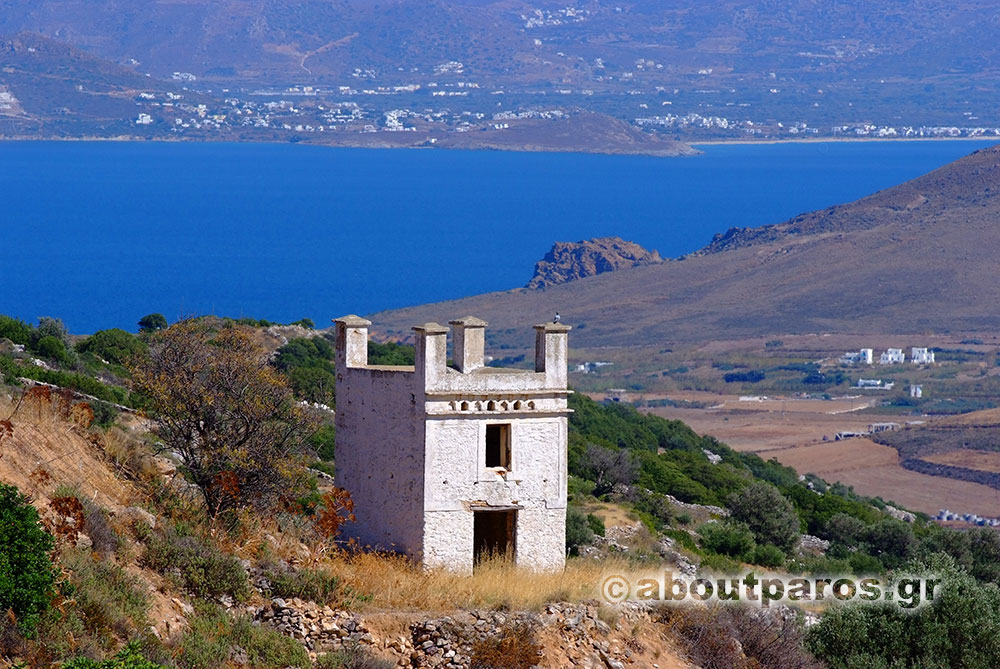 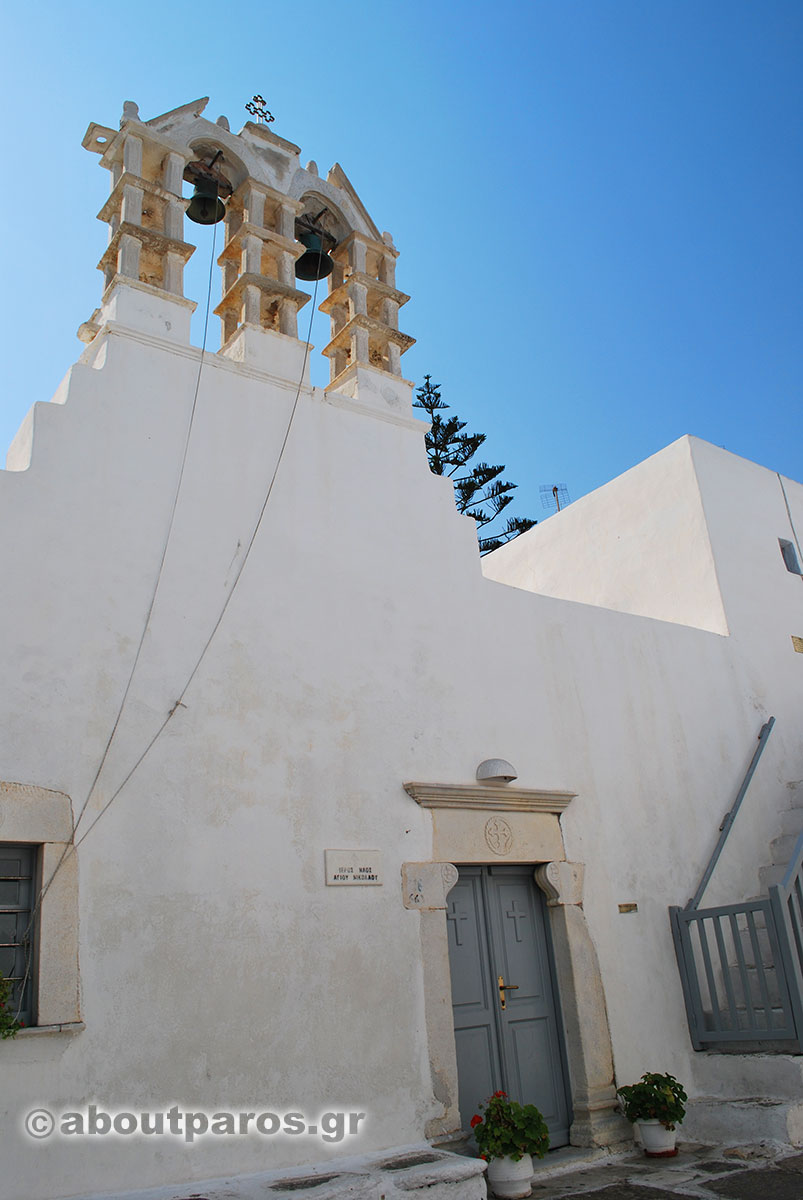 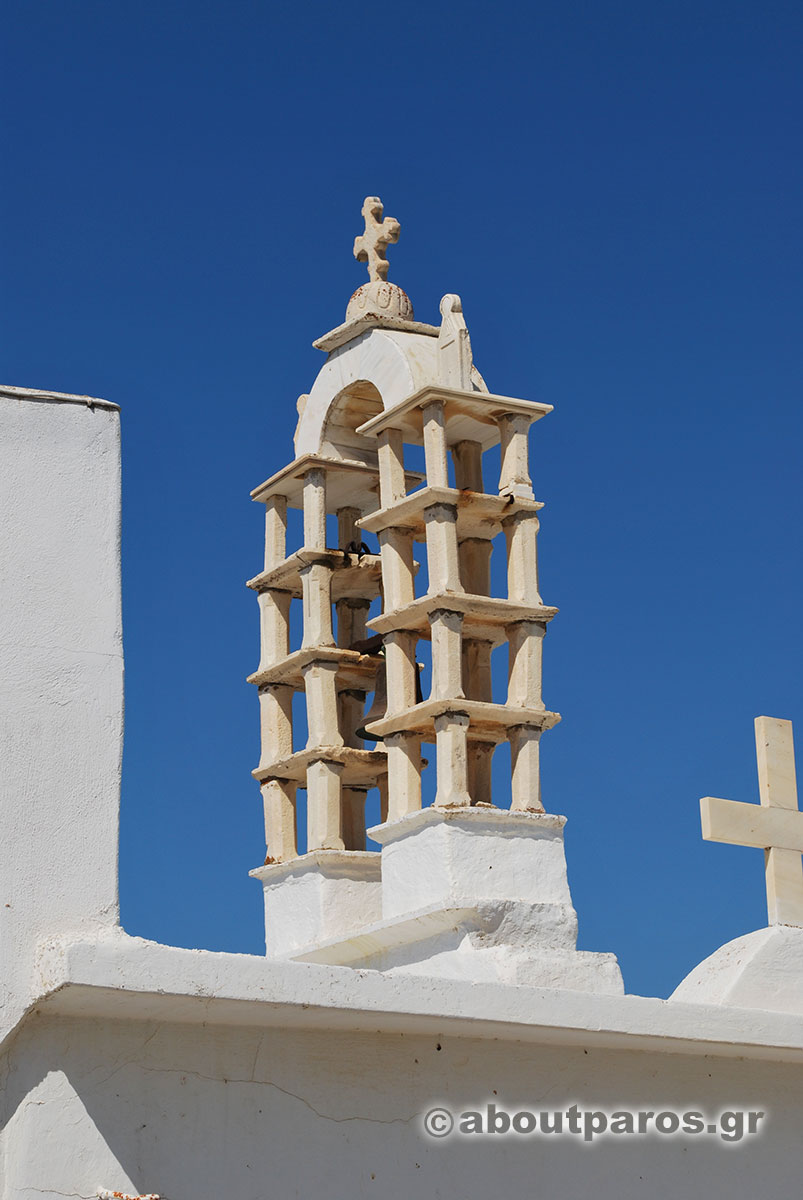 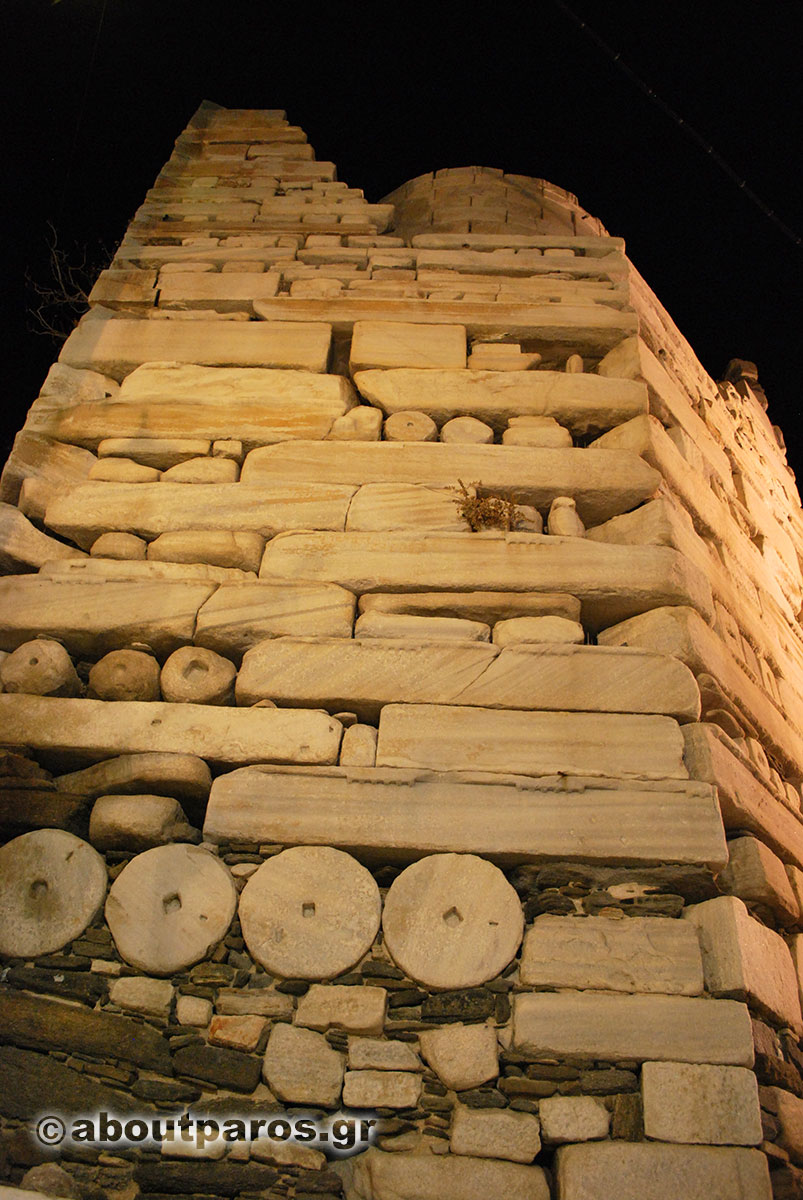