A tour around the Castle of Antiparos

Description of the Castle layout

The museums in the settlement of Antiparos 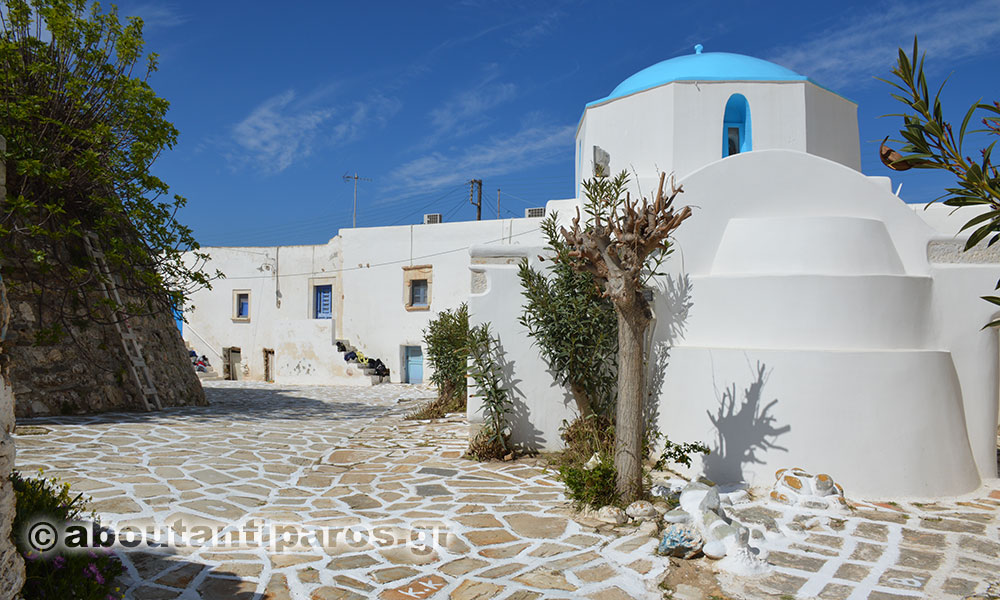 The castle of Antiparos, built by lord Lorentano, is the settlement itself. A single, autonomous, residential unit. The whole complex was arranged around a square courtyard, at the centre of which rose a main tower. Only the base of the tower is saved. The perimeter consisted of 24 two-storey houses with a three-metre thick tall exterior wall without balconies or large windows merely as a decoration to its façade. Access to the marble door houses was through the inner courtyard, while there was only one exit, to the south, with a Gothic-style gate, preserved to this day. Later, 24 residential buildings were built around this central core and this new district was named Xopyrgos.

Historical and Folklore museum of Antiparos

On the main pedestrian walkway of the settlement, in a stylish and spacious building, rare collections of special historical and scientific value for Antiparos and the greater region are organised by section (library, manuscripts-documents, engravings). 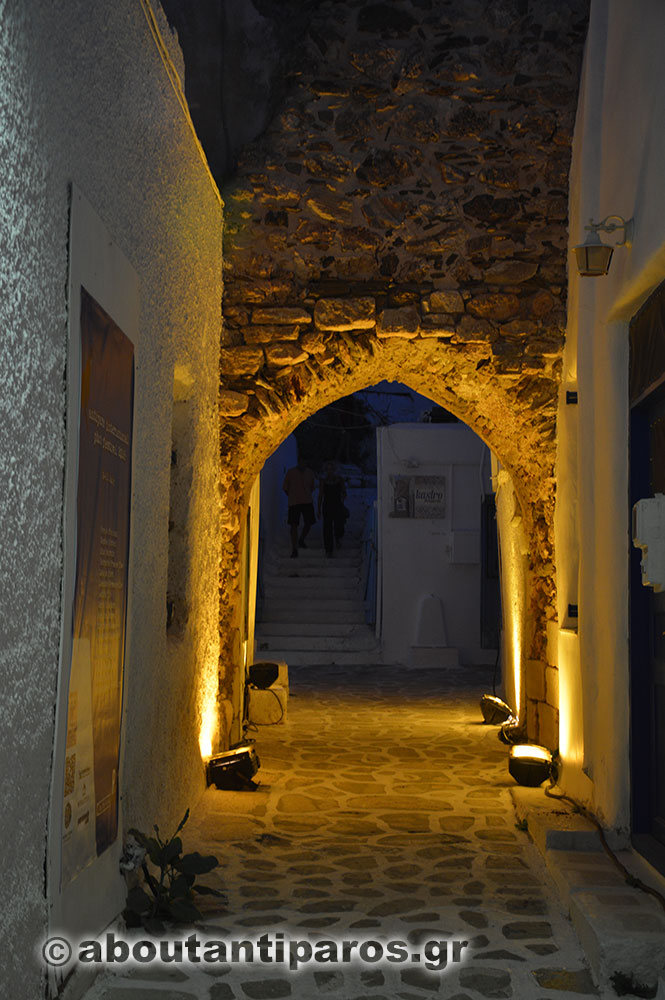